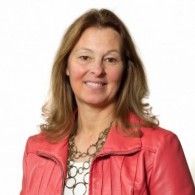 That’s according to Clerk Elizabeth Hundley. She says there really weren’t any issues with the new voting equipment and she was able to make it around to every precinct where an election was taking place. She says the feedback from election inspectors as well as voters was extremely positive. Hundley tells WHMI the city and township clerks were extremely happy with how the election went overall.
She says there was one slight glitch in one of the precincts but believes it was fixed before the polls even opened, saying it involved switching out a memory device.

Meanwhile, voter turnout was very low, at just over 10% of registered voters, and Hundley says it’s really sad to see so few people turn out because it is making an impact on everybody’s daily lives. She thanked everyone who did come to vote, along with all of the election inspectors who worked and says she’s looking forward to using the new voting equipment again in the future.

Tuesday’s election was the first in which new voting equipment was used. Livingston, Genesee, Washtenaw and Oakland Countys all have the same new vendor and equipment. There were reportedly some issues in Washtenaw County with results being sent in due to low Wi-Fi connections. (JM)