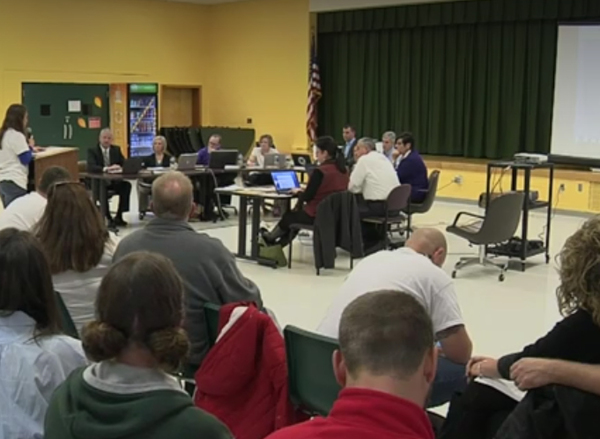 Two gender-related policies have been approved by the Williamston Community Schools Board of Education.

The board Monday night adopted two separate policies after lengthy public comment on both sides of the issue. Officials say when first taken up in committee, the goal was to ensure the school community knows that the Williamston district will be a place where all students, including those who may identify as transgender, are welcome and will be supported. A letter to parents, staff and community members was sent out prior to the meeting, which can be viewed along with the draft policies in the attachment provided.

One policy specifically addresses gender identity and reaffirms that the district fosters an educational environment for all students that is safe, welcoming, and free from stigma and discrimination regardless of sex, sexual orientation, gender identity or gender expression.

The policy states specifically that the district shall accept the gender identity that each student asserts reflecting the student’s legitimately held belief once the student and his or her parent/guardian notifies administration that the student intends to assert a gender identity that differs from previous representations or records. The district will then customize support to allow each student’s equal access to educational programs and activities.

The other policy adopted covers all users of district facilities including restrooms and locker rooms. It states that any student who is uncomfortable using a gender-segregated facility is to notify staff and they will work with the student to fund an alternative that takes into account the privacy rights of all students, staff and visitors.

WLNS in Lansing reported that following the 6-1 vote, many people in the audience who were against the policies threatened recalls against board members and that they would take their kids out of Williamston schools. Photo courtesy of WLNS. (JM)