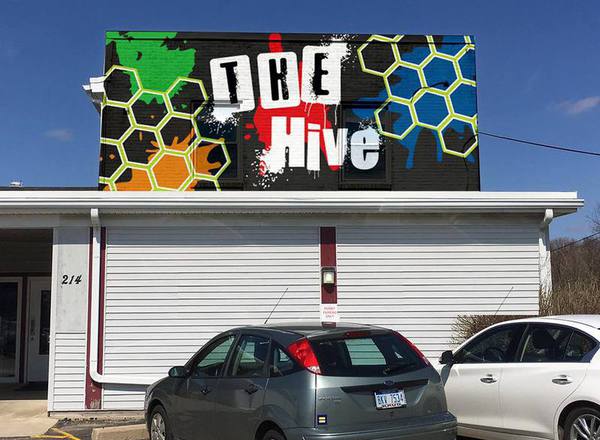 A number of grants will benefit Howell’s teen center.

Several grants were received this year for The Hive, located at 214 North Walnut Street. Youth Services Manager/Enrichment coordinator Tim Church is the incoming executive director of the Howell Area Parks & Recreation Authority. Church says a lot of time and effort has gone into making The Hive a functional and safe place for youth. He says The Hive is a great opportunity for kids and good partnerships have been made over the years, adding it really couldn’t be a safe place without community support.

A technology grant from the Kellogg Family Foundation allowed for new computers and Wi-Fi upgrades while a Healthy Catalyst grant was just recently received from Blue Cross Blue Shield and M-Parks to increase outdoor recreation. Church says they’ll be implementing some activities and other things that will be seen, basically breaking ground in the spring. He says the biggest grant that will help drive The Hive over the next three years is an E-squared grant from Freudenberg, the father company of Chem-Trend, which involves education and environment components over three years.

Church tells WHMI the first year centered on an environment aspect with improving outdoors and putting in a community garden. There is already a basketball court and Church says they’re working with local artists to put in a really cool sculpture. He says to look for stuff on Earth Day when they’ll host a big opening of their new “boardwalk”. Eagle Scouts have undertaken a project to build giant board games outside that people can come play and be interactive within the community.

In year two, Church says they’ll be focused on changing the views of what a teenager is in the community by demonstrating that teens are doing good things - whether volunteering or giving back by growing vegetables in garden. He says they want to further interactions with the community so they won’t feel like they’re being ridiculed for coming downtown and hanging out.

After implementing leadership programs in year two, Church says the final year will help kids find their own individuality and strengths. He they’ll be working on a makers lab in which teens can come in and utilize different spaces to be creative but also figure out if they’re looking into a trade school or get ready for college. That project is still being developed and could involve life skills such as cooking and could advance into different locations from The Hive. (JM)