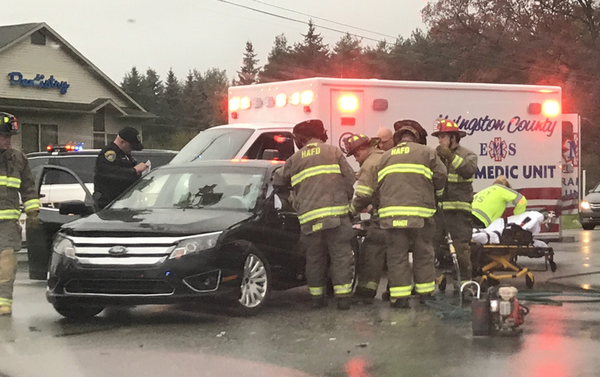 Four people were injured Sunday after a crash in Oceola Township.

The Livingston County Sheriff’s Office tells WHMI that the accident happened at about 1pm when a black Ford sedan traveling southbound on Eagar Road pulled out in front of a pick-up truck heading eastbound on M-59. The driver of the sedan said they did not see the pick-up. The driver and three occupants of the sedan were transported to Saint Joseph Mercy Livingston Hospital in Howell by Livingston County EMS and treated for minor injuries.

The driver of the pick-up was not injured. The sedan driver was cited by deputies for failure to yield. (JK)