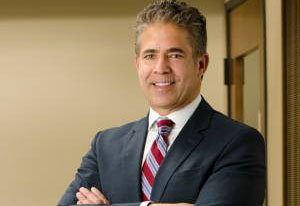 A spokesman for Congressman Mike Bishop says that they finally complied with campaign finance law after numerous letters from the Federal Election Commission threatened to impose fines and penalties concerning a fundraising committee formed over a year ago by the Rochester Hills Republican.

On Saturday, The Detroit News reported that the FEC had sent three letters to Valerie Tillstrom, the treasurer of Bishop’s political action committee, noting various reporting deadlines that had been missed, saying that failure to file the reports could result in monetary penalties, an audit or legal enforcement action. Tillstrom is also the treasurer for Bishop’s congressional campaign committee, which the paper also reported has a history of accounting mistakes in its disclosure reports that have “prompted more than a dozen warning letters from the FEC in recent years requesting that the campaign correct its figures or face an audit or enforcement action.”

As to the missing PAC reports, the paper quoted Brendan Fischer, director of the nonpartisan Campaign Legal Center’s Federal and FEC Reform Program, who said a failure to disclose the money was “very concerning” as “The reason we have these disclosure is so voters know who is supporting a candidate and who is potentially trying to buy influence with a candidate. If the money is kept secret, the public and voters can’t know if the official is taking action to benefit those secret donors.”

Bishop spokesman Stu Sandler tells WHMI that the reports were all filed on Saturday, hours after the story was published, adding that they, “have added additional external help to ensure there is accurate accounting and reporting moving forward.” However, he did not indicate why the reports were missed. Bishop, a member of the powerful House Ways and Means Committee which is heading up the GOP tax reform effort, registered the M-BISH PAC with the FEC in October 2016.