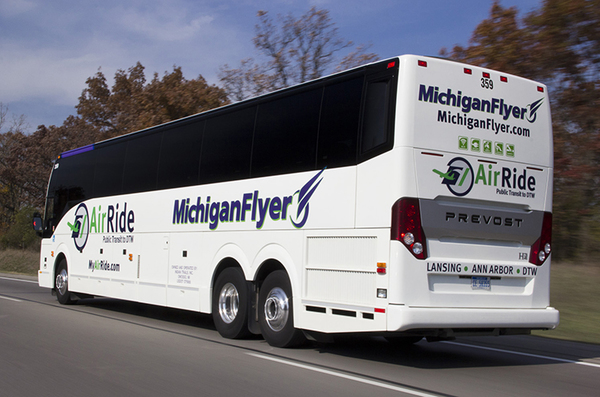 Public input is being sought on a new transportation option for Livingston County residents.

Michigan Flyer and its parent company Indian Trails are looking into offering express bus service between Livingston County and Detroit Metro Airport, and potentially Ann Arbor. Currently, the deluxe motorcoaches travel between East Lansing, Ann Arbor and Detroit Metro Airport and pass directly through Livingston County. A survey conducted by the Livingston County Transportation Coalition determined many people believe bus or rail service to the airport is needed but Livingston is also considered a “commuter county” and it’s not clear through available data if enough residents would actually utilize the service.

Indian Trails president Chad Cushman tells WHMI they’re offering an online survey to Livingston County residents to make their opinions known and provide honest feedback to see if this is a viable venture before moving forward with investing in new equipment and property for a parking lot and bus stop. He says they’re already making twelve round trips through the area daily and are ideally trying to establish a location as closest to the US-23/I-96 interchange as possible but want to gauge if local residents would use the service and where people would like to see a bus stop.

Unlike most public busing and transportation services, which are typically subsidized by a millage, Cushman says no taxpayer dollars would be sought as the bus service is supported by fares. The motorcoaches also differ from typical transit buses in that they are eco-friendly and offer many amenities for riders. Cushman says if Livingston County stops were to be added, it would likely range from $20-$25 each way, with potential discounts for round-trip service.

The survey can be accessed through the provided link. (JM)