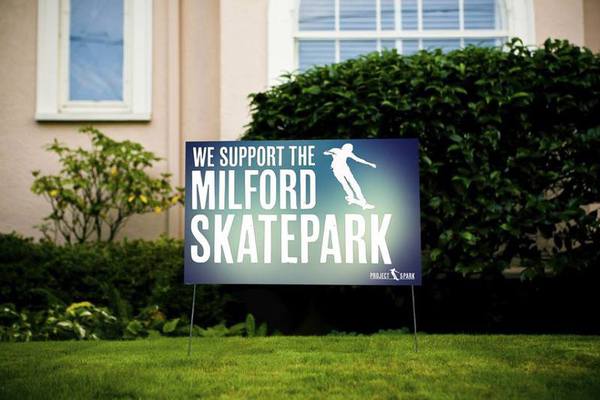 Skateboarders in the area may soon have a new destination in the Village of Milford.

The Parks and Recreation Board reviewed plans that they discussed as being around 85% complete for a new skate park in the village. It would be located in Fairgrounds Park, adjacent to the senior center. Chairwoman Lora DeCaria said that the desire for such a park has existed for a long time and she believes this is a great opportunity for skaters in Milford. She said she believes the location and time are right for such a project. The current design uses much of the area’s topography to create a park that can be skated from one side to the other and back using the skater’s own momentum. DeCaria told WHMI that they recently made a decision to add more greenspace to the park in order to help keep a hold of the park atmosphere. Keeping nature as a focal point was important to the board.

The board was hoping that the final plans would be ready for last week's meeting, but they weren’t. Speculation held that they should be finished within a week. DeCaria said that when construction begins depends largely on how fast a fundraiser being held by a local skate group can raise the cash. Best case scenario for breaking ground seems to be in the spring.(MK)