Howell Chamber Seeks Nominations For Citizen Of The Year 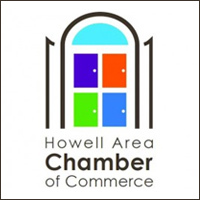 The Howell community has many stars from volunteers to project leaders but time is running out to nominate the next one.

The Howell Area Chamber of Commerce is accepting nominations for the next Citizen of the Year, who will be honored at the chambers 61st annual dinner in January. Chamber President Pat Convery tells WHMI the award has been given out since 1957 and has a long history starting out with the famous Doc May to the most recent being Patti Griffith.

Convery says any and all nominations made will be considered by a group of past citizens of the year, with the winner kept a closely guarded secret until the annual dinner. She says individuals should have a history of serving the community, not just writing checks, adding it’s not limited to the City of Howell but goes beyond into Livingston County. Convery says those making a nomination should just do their best outlining why someone should be considered, adding it’s a serious process and the group spends a lot of time discussing nominations.

In addition to Citizen of the Year, the Howell Chamber is also accepting suggestions for recognizing those who go above and beyond, create outstanding community projects or deserve to be honored as a lifetime member of the chamber.

Nomination forms are attached and should be turned in to the Howell Chamber ideally by the end of the work day this Friday. However, Convery says they will make some exceptions for last minute nominations through mid-day Monday if people are scrambling. Nominations can be emailed to Convery at pconvery@howell.org or by contacting her at the chamber at 517-546-3920. (JM)