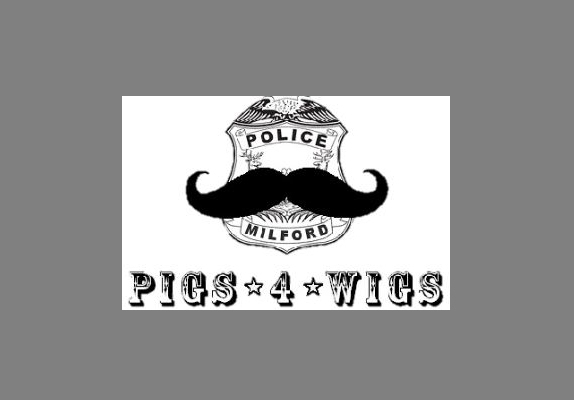 Officers from several local police departments are ditching their razors this month in an effort to raise money for a nonprofit organization.

This year marks the 5th annual “Pigs 4 Wigs” fundraiser, which gives police officers a break from shaving while raising money for Wigs 4 Kids. Wigs 4 Kids is a Michigan-based nonprofit that provides custom wigs and services to children battling diseases that cause hair-loss, all at no charge to the families.

Officers participating in “Pigs 4 Wigs” donate $50 to the cause, excluding them from their profession’s clean-shaven rule. Officer Dan Caldwell with the Milford Police Department won’t name names, but says in the past a female officer participated by growing her leg hair out. Department staff can participate as well by making a donation that allows them to dress casually at work. Since the fundraiser’s inception, nearly $27,000 has been raised.

Milford’s department began and coordinates “Pigs 4 Wigs”, but Caldwell says the focus is the fundraiser’s growing initiative. The department decided to expand the program last year to include others and has built upon that, with a total of eight police departments participating this year. Among those are the City of Brighton, Huron-Clinton Metroparks, and South Lyon Police Departments.

Community members can contribute as well by donating online through the department of their choice. A link to do so can be found below. (DK)