Public Gets Look At Training Facility For First Responders In Howell 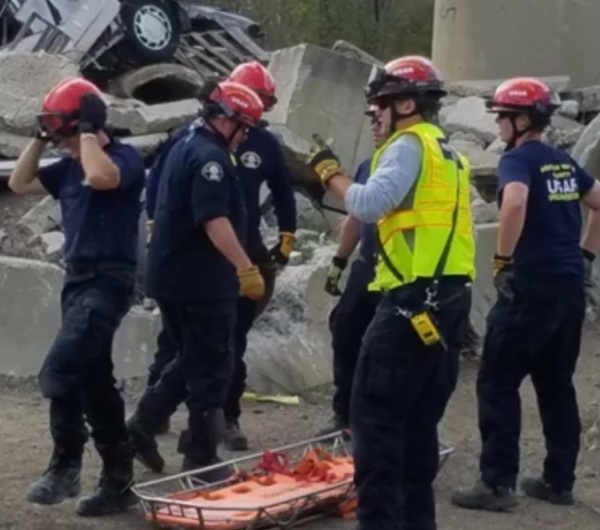 A training center in Howell was opened to the public this week to help prepare first responders for emergency situations.

Operating Engineers 324 and their Michigan Urban Search & Rescue, or MUSAR, partners invited state legislators to the the facility on Wednesday. They gave open house demonstrations of trench rescue, K-9 rubble search, and a Michigan State Police Bomb Squad post-blast at their 555 acre Construction Careers Center. The Operating Engineers 324 is a partner with MUSAR which trains and organizes local emergency personnel into task forces deployed by FEMA.

MUSAR’s Michigan Task Force 1 was recently deployed to Florida to help in the wake of Hurricane Irma. Hurricane Irma was the first out-of-state assignment for the task force , which was comprised of 45 disaster relief certified doctors, heavy equipment operators, and structural engineers. Operating Engineers also operate the cranes and other large machinery that is used in road and bridge construction, along with maintaining heating and cooling systems in schools and hospitals. (Photo- oe324.org)(MK)