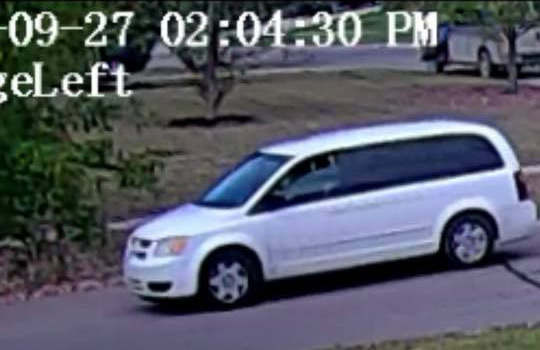 Authorities are investigating following an incident Wednesday involving a Howell middle school student being approached by a stranger in a vehicle.

The incident happened just before 3pm when a 12-year-old girl said she was approached by a white van near 4200 Merriman Loop in the Hidden Creek subdivision in Oceola Township. She said the passenger, described as an African-American female, opened the door and waved at her in an attempt to get her to approach the vehicle. The girl ran home and told her mother, who called 911. Several home security cameras in the neighborhood captured images of the newer model white Dodge van in the neighborhood for at least 45 minutes prior to the incident, which remains under investigation by the Livingston County Sheriff’s Office.

Meanwhile, a message from Howell Public Schools alerting parents to the situation says they have requested an increased police presence in the area during the morning and afternoon bus pick-up and drop-off times. Facebook photo. (JK)