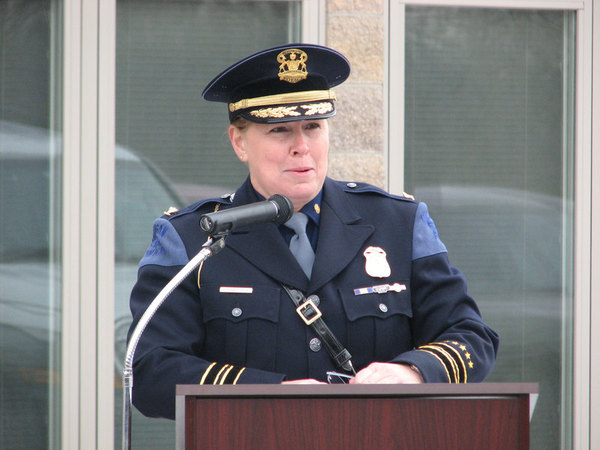 The director of the Michigan State Police has offered apologies for posting an online meme on NFL players protesting during the national anthem calling them "degenerates."

The message shared by Col. Kriste Kibbey Etue on her Facebook page Sunday calls the players "millionaire ingrates who hate America and disrespect our armed forces and veterans." The post also calls the protesters "rich, entitled, ungrateful." The posting was signed "we the people."

The taking of a knee during the national anthem was started last year by former San Francisco 49ers quarterback Colin Kaepernick to draw attention to social inequality and police treatment of blacks, although spokeswoman Shanon Banner insisted the Facebook post was not about race. But attorney Leonard Mungo, who has represented troopers in civil disputes with the department, said the posting demonstrates "kind of a dangerous mindset for someone in her powerful position."