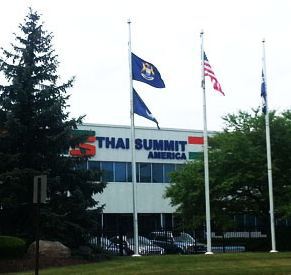 The Howell City Council has approved a tax break for a major sheet metal parts supplier in the automotive industry that’s undergoing another expansion in response to continued growth.

A public hearing was held during Monday night’s council meeting and no objections were expressed on the Industrial Facilities Tax Exemption application from Thai Summit America Corporation. The company is adding a new 77,424-square-foot building expansion, which will ultimately connect its two existing plants on McPherson Park Drive - creating one manufacturing facility on McPherson Park Drive. The expansion is expected to generate 30 new employees .

Howell City Manager Shea Charles says they continue to be excited about the company’s investment, noting the total expansion is pushing close to $160-$170 (M) million dollars over the last few years, most of which has been personal property. This latest project marks the third expansion for Thai Summit in the last five years and a real property investment of about $7 (M) million dollars.

Charles tells WHMI they’re pleased to see the continued investment in the community between the job creation and other aspects so it’s a real positive for the area and they’re looking forward to working with them. Based on number of jobs, level of investment and time in the community, Charles says the company scored well and council granted the 12-year abatement. The abatement was approved unanimously. (JM)