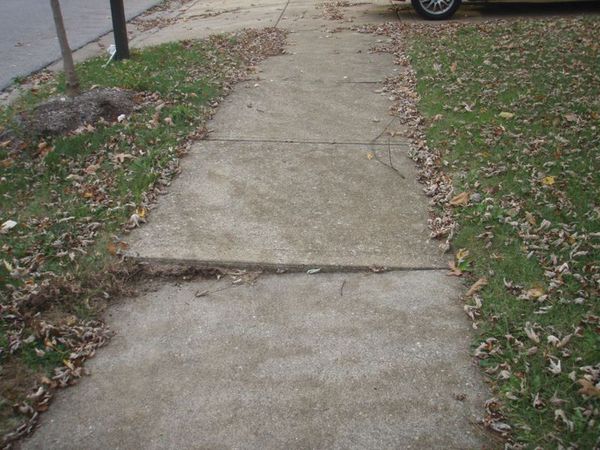 The Brighton City Council has approved the low bid out of six bids received for sidewalk repair and maintenance work this fall.

Earlier this year sidewalks were repaired in the commercial and retail district of the city, but this time the work will be done in residential neighborhoods. The low bid, submitted by KMI Road Maintenance of Burton, Michigan, was $15,176. According to Dept. of Public Works Assistant Director Patty Thomas, the bids varied greatly, from KMI’s bid all the way to one of over $33,000 by a Milford company.

The KMI bid was also substantially lower than the next-lowest bid, prompting questions from council about the company and the quality of its work. But Thomas told council in her report that KMI has a solid reputation in Southeastern and Mid-Michigan, and the four references cited in the bid confirmed that they do a good job. Due to the great need for sidewalk repair in the city, council approved a motion to reserve up to $35,000 for the job, the amount of funds remaining in the city’s major and local street fund for sidewalk maintenance in the current fiscal year. That way, city officials say, additional sidewalks can be added to the repair list.

City Manager Nate Geinzer said that anyone who encounters a sidewalk trip hazard due to a damaged sidewalk, or one pushed up by tree roots, should contact city hall in order for it to be repaired. The work is expected to be completed before the onset of winter. Geinzer said that unfortunately, due to the lack of sufficient funds, the city will not be able to add any new sidewalks to areas of the city which currently lack them. (TT)