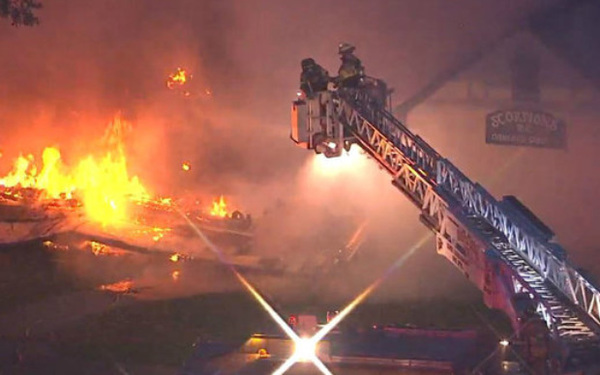 A fire has heavily damaged a barn belonging to the Scorpions Motorcycle Club in Lyon Township.

It's the second Detroit-area motorcycle club damaged this week. The Street Royalty Motorcycle Club building on Detroit's west side was destroyed Wednesday by an explosion and fire. The Lyon Township fire forced a closure of Milford Road between 11 and 12 Mile roads this morning as firefighters put out the blaze. No injuries were reported and the cause of the fire was under investigation.

The club's chapter president told WDIV in Detroit that it appears a mini-excavator, like a Bobcat, was used to break into the building to steal a safe. An excavator was stolen from the nearby Michigan War Dog Memorial that was being used to install a fence. The ATF is investigating both the Detroit and Lyon Township club fires.