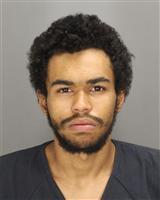 A South Lyon man has been bound over for trial on charges of assaulting another individual with a baseball bat.

18-year-old Malachi Collins was charged with one count of assault with intent to murder after the July 30th incident, in which police say he used a bat to severely beat a man in the South Lyon Woods Mobile Home Park. A baseball bat with blood smears was found at the residence of one of the witnesses to the attack, which reportedly began over a dispute about $7 and some clothing. Collins was then identified as the alleged assailant and arrested several days later at a motel near Ann Arbor.

In court Wednesday, Collins waived his preliminary exam and his case was sent to Oakland County Circuit Court for trial. He’ll be arraigned there October 2nd. Collins, meanwhile, remains jailed without bond. The victim of the attack continues to recover after undergoing facial reconstruction surgery. (JK)