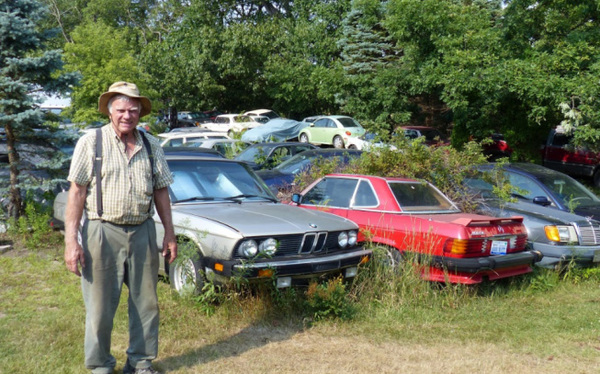 A Northfield Township man is making headlines as he tries to fulfill a court order to clear his land of the more than 150 cars located there.

74-year-old Ron Dauzet was ordered by a Washtenaw County judge in June to sell at least 20 vehicles a month from his property on East North Territorial Road. There were nearly 220 vehicles then, but he’s been able to whittle it down to approximately 160. The judge cited Northfield Township’s Anti-Blight and Inoperable Motor Vehicles ordinance in issuing the consent ruling that requires an ordinance officer to visit the property each month and make sure Dauzet has removed at least 20 cars. But Dauzet insists his collection, which he started in 1963, isn’t junk and that most of the vehicles are still operable.

Dauzet was featured earlier this week in an article on automotive website Jalopnik.com, which spawned reports by several Detroit TV stations and an article today in the Detroit Free Press. Northfield Township officials have declined to comment about the ruling as it remains active in the court system. Picture courtesy of Jalopnik. (JK)