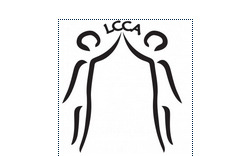 A non-profit coalition has received a federal grant that will help implement drug prevention programming for youth in Livingston County.

The Livingston County Community Alliance received a grant from the Substance Abuse & Mental Health Services Administration that will provide $125,000 per year for the next five years to build youth-led prevention teams. The Drug Free Communities Grant will help the coalition create youth-led prevention teams across the county, which will develop strategies to combat drug use and provide a large amount of local prevention activities.

Those teams will in turn provide drug prevention programming to youth in Livingston County, so they can educate their peers and come up with activities to decrease youth substance use. A student group in Pinckney Community Schools, It Stops with Students, will serve as a mentor model for the Fowlerville district first, with the ultimate goal of expanding into each school district in the county.

LCCA coordinator Kaitlin Fink tells WHMI the program will aim to reduce and prevent youth substance use but also touch on underage drinking. She says they’ll be implementing a program for parents focused on being a “safe home”, meaning parents won’t allow drug use or drinking to occur in their home and a home registry will be created.

Fink says the team will have a pretty substantial role as students will create the program, attend training and do presentations to build momentum. As part of the teams, students will provide activities and awareness campaigns that will ultimately decrease prescription drug use and heroin use, which Fink says remain big problems in Livingston County.

The coalition applied for the grant in March. Fink says 2,200 grants were submitted nationally and LCCA was one of the 719 selected. She says they’re excited because this was their second year applying for the grant and they finally received the needed funding to help combat and ultimately decrease prescription drug use and heroin use. (JM)