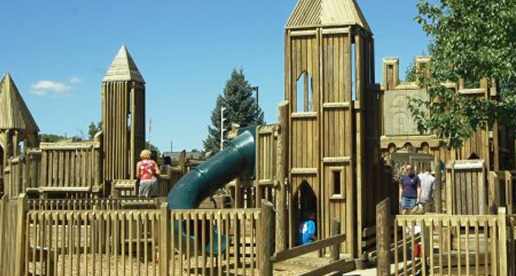 The Imagination Station in Brighton will closed this weekend so that volunteers can seal wooden structures at the playground.

Volunteer Coordinator Renee Pettengill tells WHMI it’s a bi-annual effort that saves taxpayers around $11,000, versus hiring the job out. She says it’s a true team effort that could not be done without the help of volunteers and DPW crews. Pettengill says they’re asking for adult and teen volunteers since they’re using chemicals. Gloves and masks will be provided. Although the work day is scheduled until noon, Pettengill says the more hands on deck, the faster they’ll get done.

Officials say a large number of volunteers are needed and those helping out will receive goody bags filled with incentives from local merchants. Anyone interested is invited to arrive at the Imagination Station pavilion at 9am Saturday. They can also contact Renee Pettengill at PettingillR@brightoncity.org. In the case of any rain or inclement weather, the sealing work will be done on Saturday, October 14th and the Imagination Station would re-open on Monday, October 16th. (JK)