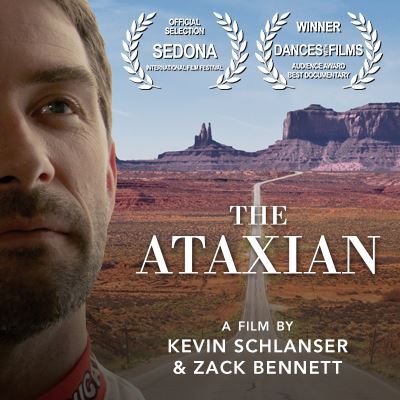 A local family is holding a benefit in honor of their son who suffers from a neural disease with no known treatment or cure.

Howell residents Lee and Ruth DeWitt are bringing awareness to Friedreich’s Ataxia with a screening of the film, The Ataxian, at the Historic Howell Theatre on Sunday, October 8th. The DeWitt’s are holding the screening in honor of their son Jack, a senior at Howell High School, who suffers from the disease. The National Institute of Neurological Disorders and Stroke reports Friedreich’s Ataxia is a rare, inherited disease that usually begins in childhood and leads to increasingly impaired muscle coordination over time. It can shorten life expectancy, cause scoliosis, heart disease, and diabetes. The disorder does not affect thinking or reasoning abilities.

The film is an award winning documentary that shares the story of one Kyle Bryant, who is also affected by the disease, and his journey across the United States in what has been called “the world’s toughest bicycle race.” Bryant will be at the event and participate in a question and answer session following the film. Doors open at 2pm with the documentary starting at 2:30. There is a suggested donation on $20 per person, though any amount is welcome. All money raised will go to the Friedreich’s Ataxia Research Alliance, a non-profit organization dedicated to finding a cure. To reserve tickets, visit the link below. (Photo - Facebook)(MK)