Vacant Home On Flint Road In City Of Brighton Demolished 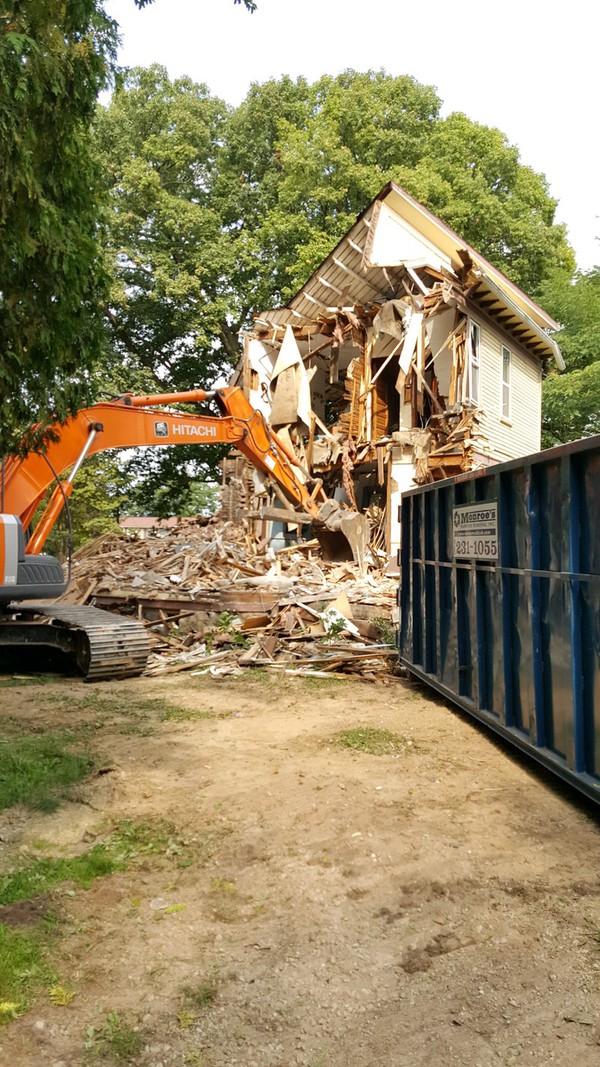 A historic home in the City of Brighton has been demolished.

The vacant home at 614 Flint Road was razed Friday. It’s on a 5.5-acre piece of property that also includes six mobile homes, which are classified as low-income housing. The demolition project was completed in about a day.

The property is owned by Brighton area businessman John Conely, under the name SKA LLC and is intended to become a future redevelopment site. Conely previously said he was unsure how he wants to develop the land, but it could become a mixture of town houses and apartments or housing for seniors. He says soil borings and topographic surveys have been completed, revealing no contamination at the site.

Conely says he would seek to have the land rezoned as a Planned Unit Development, or P-U-D, if he develops it. Conely says he is working with the city and an architect to come up with a viable proposal for redevelopment. Photo: Josh Tinsley. (JM)