Fundraiser Planned For Trip To Aid Those Impacted By Hurricane Irma 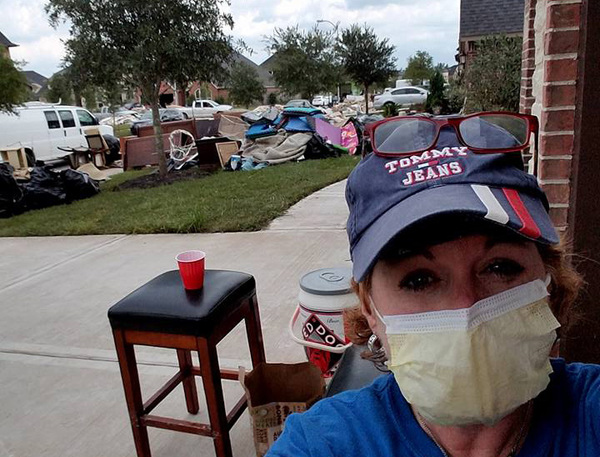 A fundraiser and supply drive is underway as a group of local volunteers prepare to leave for Florida and aid in ongoing disaster relief efforts following Hurricane Irma.

Lori O’Doherty of Oceola Township recently returned from Texas, where she and a group of volunteers helped with restoration efforts following Hurricane Harvey. She volunteers with the non-profit DRAW or Disaster Relief at Work. The organization is dedicated to providing relief to communities that have been hit by natural disasters such as floods, hurricanes or tornadoes. Volunteers collect supplies and dedicate their time to help with whatever is needed. Five gallon buckets are filled with the supplies to meet the immediate needs of disaster survivors and passed out.

The team worked in some of the hardest hit areas of Texas, including Houston and Rosenberg, which O’Doherty described as a poor community where very few people had flood insurance. She says work sites were provided by a church but volunteers also just scouted homes and went door to door to help. She says they emptied homes and pulled out drywall, carpet and furniture or anything that could get moldy while also delivering food, water, cleaning supplies, personal care items, blankets and pillows.

O’Doherty said most of the flood water had receded from homes but there was still standing water everywhere, which is one aspect many might not have considered. She says the smell of decay and rot and everything in that standing water was overwhelming but people are there every day trying to get their homes gutted. O’Doherty says the people are exhausted but so grateful for the help, which is what makes the trips so rewarding – adding volunteers are not only welcomed, but thanked several times a day.

O’Doherty and a team of volunteers are now preparing to head out again but this time to Florida to assist with Hurricane Irma relief efforts. Monetary donations, cleaning supplies, personal care items and pet food are being collected at a fundraising event next Thursday evening at the Howell Elks Club at 6:30pm. It will also feature food, a silent auction and raffle, and various responders will share stories, photos and videos. Details are available through the link. (JM)