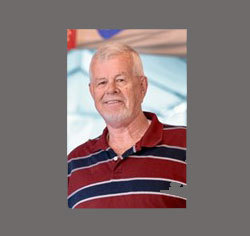 A Vietnam War veteran pulled from a local lake will be laid to rest this weekend.

67-year-old William Maczuga of Brighton passed away unexpectedly on Monday. The Livingston County Sheriff’s Office was called out to the public boat launch at Crooked Lake for a report of an unresponsive person who had been pulled from the lake. Attempts were made to resuscitate the victim but he was pronounced dead while en-route to the hospital. Autopsy reports are pending but foul play was not suspected.

Maczuga served in the U.S. Army during the Vietnam War and received a bronze star for valor and a purple heart for wounds sustained in the war. He worked as a service planner with DTE for 35 years before retiring in 2010 and is said to have enjoyed spending time on the lake.

Visitation will be held Saturday at the Harry J. Will Funeral Home in Livonia from 2 to 9pm, with a service honoring Maczuga’s life at 7pm. Interment with full military honors will be held privately at Arlington National Cemetery in Arlington, Virginia later this year. (JM)