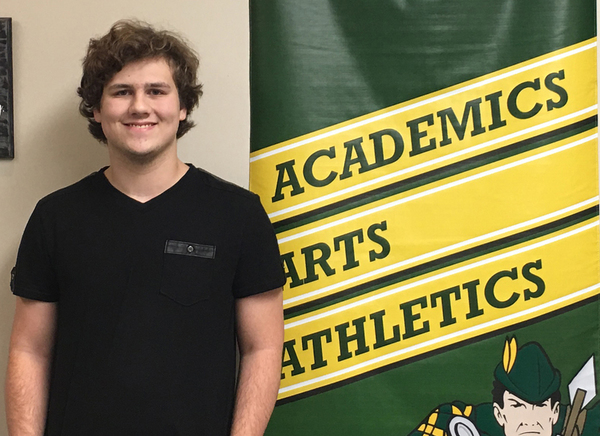 Time spent in the library is paying off for a Howell student who is in the running for a distinguished scholarship.

Howell High School senior Miles Stevenson is one step away from being named a finalist in the 2018 National Merit Scholarship Program. Stevenson was notified earlier this month for being one of the highest scoring entrants in the state based on scores from his 2016 Preliminary SAT and National Merit Scholarship Qualifying Test. Stevenson is one of only 16,000 of the 1.6 million who took the qualifying test that was named a semifinalist and represents less than 1 percent of all high school seniors in the U.S. To be named a finalist, he must now complete a detailed application with an essay, get an endorsement by Howell High School principal Jason Schrock, and earn a score on his SAT that is consistent with his performance on the PSAT.

Finalists will be named in February. Award winners are notified beginning in early March, and if chosen, Stevenson stands to win a $2,500 scholarship from the program.(MK)