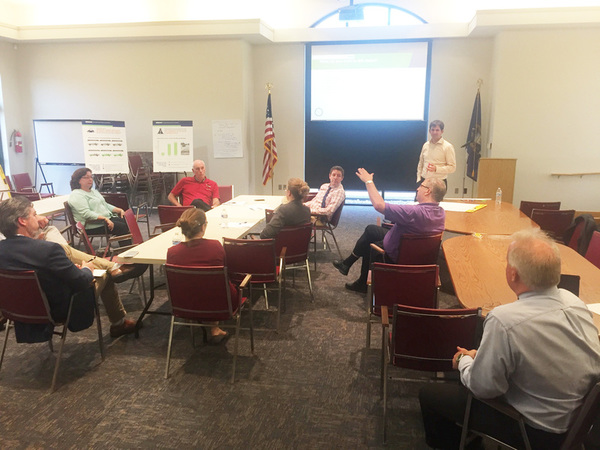 Input from the community will be utilized in the development of a long-term transportation plan for an area that encompasses Livingston County.

Two public meetings were held at Genoa Township Hall Wednesday and offered residents an opportunity to share what they believe are the greatest transportation needs in the county. The meetings were held by SEMCOG, or the Southeastern Michigan Council of Governments, which is developing the 2045 Regional Transportation Plan. The plan is expected to be adopted in 2019 and community input will be used in its development.

SEMCOG Planner Trevor Brydon says early preparation will help in addressing priorities, instead of just reacting to the state of the region’s transportation system as they go along. Wednesday’s meetings were attended by a range of people, including local officials, residents, and representatives from the Michigan Department of Transportation. With transportation and roads being a continuous and hot topic in Michigan, there was ample discussion about where priorities lie.

Genoa Township Supervisor Bill Rogers says these kinds of sessions allow the community to make its voice heard and potentially included in the formation of policies and plans. The areas that received the most discussion and listed as specific to Livingston County were road funding, an advancing population, and rapidly changing technology. The transportation plan can’t necessarily fix those challenges, but SEMCOG believes it can at least create an outline that will aid in addressing them.

Brydon says once feedback is collected from all of the communities, SEMCOG will use it and data analysis to set broad priorities for the region. (DK)