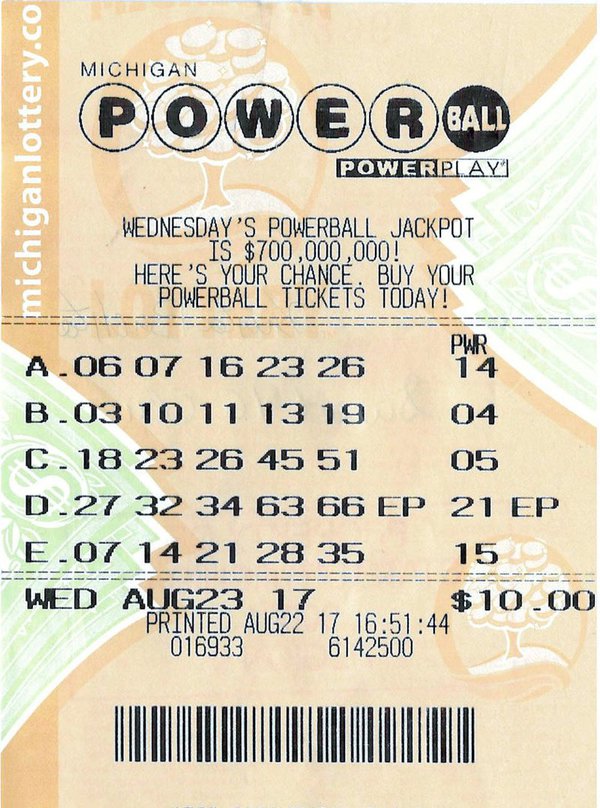 A group of friends from Livingston County is celebrating after their lottery club won a $1 million Powerball prize.

The 16-member lottery club won the $1 million prize after matching the five white balls drawn August 23rd; 06-07-16-23-26. They bought their winning ticket at O’Connor’s Deli in Fowlerville. “We’ve been a lottery club for about three years and each of us chips in $5 each week to play,” said the club’s representative, who wished to remain anonymous. “I buy the tickets and then send everyone photos so they know what numbers we have.” “In fact, I didn’t even know we won until I got a text from one of our members saying we’d matched five numbers. I was driving and had the ticket in my purse, so as soon as I got to my destination I pulled it out and looked for myself. As soon as I saw it for myself, I texted my husband and told him to call me. I waited about 30 seconds, and then I called him because I couldn’t wait any longer. After we talked, I started calling club members.”

The largest prize the club had previously won was $500 playing Mega Millions. Any prize of $1,000 or less is re-invested to buy lottery tickets. “It’s always been something fun for us to do together,” said the club’s representative. “We have a cap on the number of members we will allow and that is 16. We’ve never had a waiting list to join before, but we might now!”

Members of the “Sweet 16” lottery club visited lottery headquarters Tuesday to claim their prize. They had been delayed in claiming the prize by one of their members who couldn’t find their Social Security card, a requirement, and had to wait to apply for and receive a new one. Each member received $62,500, before income tax withholdings. Most members plan to use their portion of the big prize to pay bills. (JK)