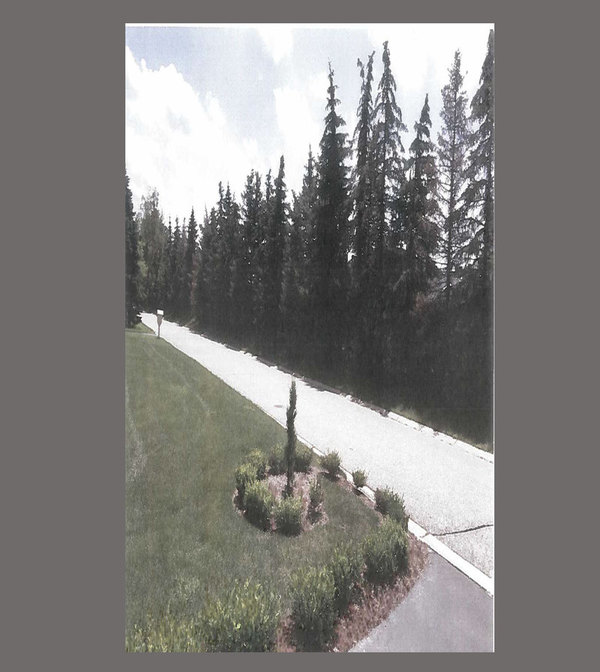 An agreement regarding landscaping design changes and tree maintenance is being worked out by a local church and the homeowners association of a neighboring subdivision.

The Genoa Township Planning Commission met Monday night and discussed who is responsible for maintaining trees along the boundary line between the Brighton Church of the Nazarene and Worden Lake Woods. A number of trees were put in by the developer of the subdivision along Aljoann Drive, which borders the church. The church agreed to maintain the trees in good faith, including those technically on the subdivision property. Deed restrictions for the subdivision property owners call for them to take care of the property and trees. However, the church took on the responsibility of maintenance when they came in to have their sanctuary built in 2003. The landscaping was reinforced in 2013 when the church was back before the township requesting to build a school building with a gym and cafeteria. It was later reinforced in 2015.

Commission chair Doug Brown tells WHMI years ago, the developer of the subdivision asked if the church was ok with them putting in trees to soften the effect of the church to homeowners, and it agreed but had no input on the size, quantity or type of trees. Many of the trees have since died or are close to it, prompting the church to approach the township about shifting the responsibility so the association maintains trees on their property, and the church maintains trees on theirs. A fence along the boundary line has also since been put up.

The church is proposing to remove 16 trees and replant new ones. The president of the homeowners association said there were some differences of opinion with the number of trees and how many should be removed. The agenda item was eventually tabled and the two parties were instructed to work out some type of agreement and have formal plans drawn up by a landscape architect.

It turned out several years later it was the wrong density and type of trees but also not a good program for maintenance. Brown says it has been a big burden so the church is seeking some relief, which he thinks they’ll get – it will just be a matter of how much and when. Brown said he was very pleased with the reception of both the homeowners and the church, the cooperation they exhibited and willingness to work together for a resolution. He says hopefully an agreement can be worked out in short order, adding the township could provide assistance if needed.

Also discussed during the meeting was a requirement that the church have a paid, certified security guard on duty when its skate park is open. Officials say with the addition of the new boundary fence, security cameras and a trained staff, skate park personnel can better monitor the parking lot. That will likely be approved, as there were no issues raised by neighbors and there have been no complaints or documented incidents to any local police agencies.

Meanwhile, the commission discussed some other uses occurring on the church property that are not permitted. A driving school is being operated in the parking lot, but is not an approved use in a residential zone. The school has been allowed to operate while zoning ordinance updates were being contemplated. The issue was raised in light of applications for future uses that the church has in, as Livingston Christian Schools are seeking to relocate to the church for operations. The opinion of the township planner and what appeared to be the majority of members were that a commercial driving school doesn’t belong in a residential zone. Commissioner John McManus commented the driving school was a huge issue last year and it has come up a lot in the past, with concerns raised by neighbors about the traffic and noise.

Pictured is the Aljoann side of the fence that separates the church parking lot and faces the subdivision. (JM)