Police Identify Suspects In Attack On Pinckney Woman At Walmart 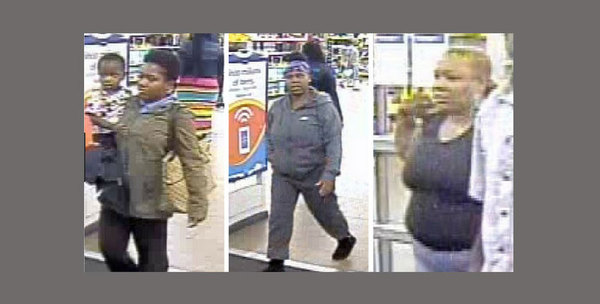 Three women believed to be suspects in a fight at a Walmart that left a Livingston County woman injured have been located.

Dearborn Police thanked the public for its help in identifying the suspects. All three women were identified by Thursday night but their names have not been released. Police were in the process of deciding which charges, if any, would be filed against them. The incident occurred on Labor Day, when police say a 35-year-old woman from Pinckney was hit in the head and pepper-sprayed during a fight near the checkout lanes at Walmart in Dearborn.

Dearborn Police said the Pinckney woman was having a verbal disagreement with two women when a third woman struck her from behind on the head and then used pepper-spray on her face. The three women then fled the store. The Pinckney woman suffered minor injuries from the pepper spray. The argument reportedly began after one of the suspect’s children nearly ran into the victim. Surveillance photos from the store were released, which led to them being identified.

The incident followed a similar confrontation that happened recently at the Novi Walmart when one woman pulled a gun out after a fight broke out over a notebook. (JM)