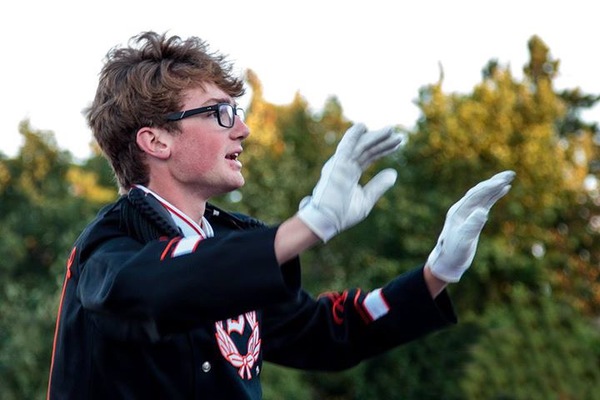 A Brighton High School graduate has been chosen to serve as drum major for Macy’s Great American Marching Band on Thanksgiving Day in NYC.

Brighton High School Drum Major Jack Newcomb has been selected to lead the Macy’s Great American March Band, which is comprised of 185 high school music students selected from across America. He is said to be humbled to march in the honored position on the 91st Annual Macy’s Day Parade, and to be able to represent his hometown and Brighton bands in the national event.

Newcomb has spent the last three summers at Eastern Illinois University attending the Smith Walbridge Drum Major clinics with his fellow drum majors from the Brighton High School Marching Band. There, Newcomb was taught a wide variety of skills, including conducting in his own unique style. Officials say he also developed leadership skills that were critical to leading the Brighton marching band of over 250 students. After returning from Smith Walbridge this past summer, he received the parade invitation and immediately accepted.

On November 18th, he will travel to New York City to begin rehearsals. Throughout the week, they will attend a student leadership seminar and rehearse with guidance from band directors from Auburn University. On Thanksgiving Day, Newcomb will lead the Great American Marching Band in the parade with over 2.5 million spectators along the parade route, and 50 million worldwide TV viewers.

Brighton Band Director Gabrielle Hoffman said they are all very proud of Newcomb being selected, adding it is yet another example of the outstanding students that are a part of Brighton Band programs. (JM)