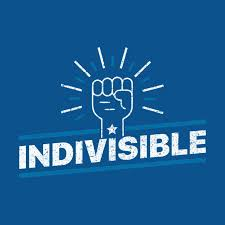 A peaceful demonstration will take place later today in protest of the president’s recent action towards immigration policy.

The grassroots organization Indivisible Livingston will be gathering outside Congressman Mike Bishop’s office in Brighton from 4pm until 6pm. The group will be showing their support for Deferred Action for Childhood Arrivals, or DACA, which was implemented by President Barack Obama 5 years ago and allowed young adults who immigrated illegally as children with their parents to remain in the country and work. On Tuesday, President Donald Trump ordered an end to it within six months, but then later said if Congress didn't act on the issue he would revisit it. Indivisible Livingston’s Kasey Helton said they want to represent and show people that there is an alternative to what she called "the standard Republican viewpoint" in the county. She said they would like to see Bishop support legislation that codifies DACA in a way that protects the residency status of “dreamers.” Helton said they want Bishop to get the message that they expect him to support people in this country who are productive members of society; people who came here as children and are contributing.

Congressman Bishop released a statement stating that the “previous administration overstepped its bounds with DACA, and it is clear that we need a legislative solution to address this deeply important issue.” He continued by saying that Congress “must take a responsible approach that balances compassion and the rule of law. We are a nation that is bound by the Constitution and we must ensure it is followed.” Helton said that they will present their message in front of his office peacefully, and that any sort of resistance will be met peacefully. More information on Indivisible Livingston can be found on their Facebook page, a link for which is below. (MK)