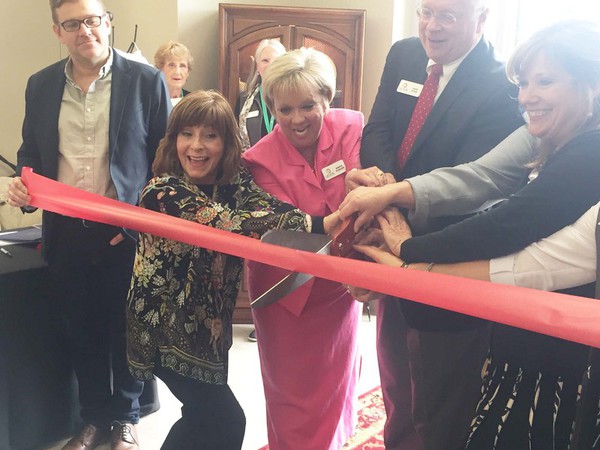 A new upscale resale shop that will benefit victims of domestic violence, child abuse, and sexual assault is now open to the public.

A ribbon cutting ceremony Thursday officially opened the LACASA Collection Resale Store. LACASA is a non-profit organization that provides critical services for abuse victims and their families at no charge. The new store is located in the Crossroads Town Center in Howell off M-59 at Michigan Avenue.

LACASA clients are able to shop at the boutique using vouchers from the organization and more importantly, shop with dignity, according to staff members. The store is open to the community as well and 100% of the proceeds stay in Livingston County to provide services for LACASA clients.

LACASA President and CEO Bobette Schrandt says the idea for the store came to her about two years ago and the first reaction she received to it was, “are you crazy?” When the project began to gain support and plans were made, it only took about nine months for her vision to become a reality.

Meg Graff, LACASA board member, played a big role in the process. She says once Schrandt’s idea took hold, the project went from basic plans to what it is now in about eight or nine months.

Almost every piece of merchandise in the boutique was donated by community members. The building itself, architectural plans, contracting, build out, construction, and the equipment were all entirely donated as well.

At the ribbon cutting, those who helped in bringing the shop to fruition were able to revel in the final product. Guests browsed the collection and were already purchasing items. The store’s shelves and racks are stocked full with clothes, shoes, accessories, home furnishings and more. Store manager Danial Jones says "the sky's the limit" and that expansion is already a consideration.

Pat Convrey, President of the Howell Area Chamber of Commerce, says as a resale shopper herself, she’s excited for the addition to the area and from a business perspective, notes that it will offer the organization solid financial footing. Speaking to LACASA’s role in the community, Convrey says what they do is “immeasurable”.

Schrandt, who couldn’t help but feel a little emotional seeing the end result of the store’s journey, says the LACASA Collection has surpassed even her biggest dreams of what it would become. (DK)