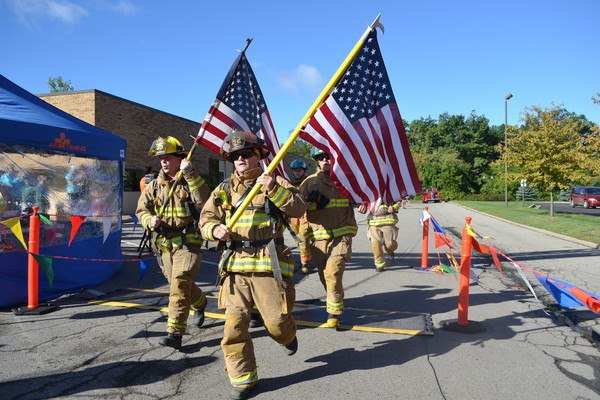 An annual event in Brighton will pay tribute to the anniversary of the 9/11 terrorist attacks, as well as lives lost and the sacrifice made by emergency responders.

The Brighton Area Fire Authority’s (BAFA) 9/11 Memorial 5K Run-Walk will once again serve as a reminder of the heroes and tragic events of September 11th, 2001. The race will be held this Saturday and all ages, as well as both runners and walkers, are welcome.

Funds raised from this year’s 5K will be used to continue construction of the 9/11 monument that sits in front of Station 31 in Downtown Brighton. BAFA is a guardian of a steel beam that came from one of the collapsed World Trade Center towers. The beam is the centerpiece of the monument. BAFA Sergeant Dave Mourer says the authority plans to add the names of the firefighters who were killed on 9/11 around the outside of the monument and a bronze plaque describing what the memorial stands for.

Mourer says the phrase most often associated with 9/11 is “never forget” and says in following that, the sacrifice made by emergency responders must be remembered. He feels the authority’s memorial events are close to their heart because 343 firefighters were lost that day. He urges the community to join BAFA in honoring them at the 5K.

The race will begin at the Brighton Mill Pond and ends back at the station, followed by a celebration. Participants will have a chance to win prizes at the event as well. You can find additional information about the race and registration at the link below. (DK)