New Judge To Hear Case Against County Commissioner From Fenton 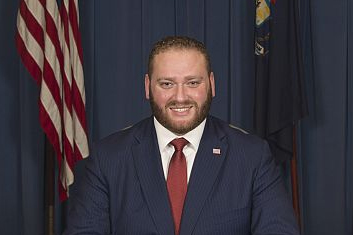 Genesee County officials have found a judge to preside over a case against a Commissioner from Fenton.

District 6 Commissioner Drew Shapiro is charged with three misdemeanors following an incident that took place on Silver Lake on May 27th. The 28-year-old Shapiro faces counts of reckless operation of a vehicle and two counts of indecent language after police say he shouted ethnic slurs from his pontoon boat at an individual on shore who was reportedly dating his ex-fiancée. Shapiro’s pre-trial hearing had been delayed after three district court judges recused themselves from hearing the case, citing compromised objectivity. One of Shapiro’s responsibilities as a county commissioner is to oversee the judge’s salaries. But court records indicate that 67th District Court Judge Vikki Haley of Mt. Morris has been assigned the case with a pre-trial hearing set for September 14th.

Shapiro, who is running for a vacant seat in the State House of Representatives, has claimed the charges are a public smear campaign against him for being a Jewish Republican in Genesee County. (JK)