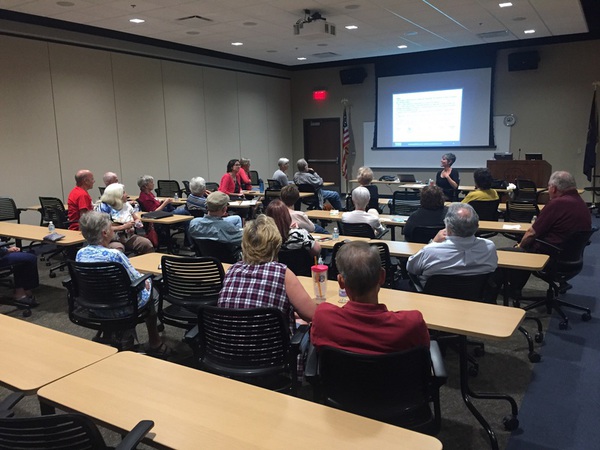 A petition to stop gerrymandering in Michigan is making its way around the community, as those heading up the initiative work to inform citizens about the issue and how they plan to fix it.

Voters Not Politicians is a ballot question committee that wants to establish an independent Citizen Redistricting Commission through a state constitutional amendment. The amendment would allow a citizen-controlled system to draw voting maps for legislative and congressional districts. Committee leaders say the commission will end gerrymandering, which is the process of drawing legislative district lines to favor one party so that it maintains political power. The commission would be comprised of four Democrats, four Republicans, and five Independents that are randomly selected through a sampling process.

The committee held a meeting Wednesday at the Livingston County EMS building in Howell, which was attended by approximately 25 people. The goal was to inform residents about what gerrymandering is, how it affects voting outcomes, and their mission to develop the Citizen Redistricting Commission. State Field Director Jamie Lyons-Eddy says gerrymandering rigs the voting system and hurts democracy because the way people vote isn’t reflected in their representation. She says it happens with both parties in different states around the country. Lyons-Eddy says the commission would be independent from governmental entities and completely transparent.

Voters Not Politicians is seeking signatures for their initiative petition and have until February 12th to collect the required amount. More information about the committee and the petition can be found at the link below. (DK)