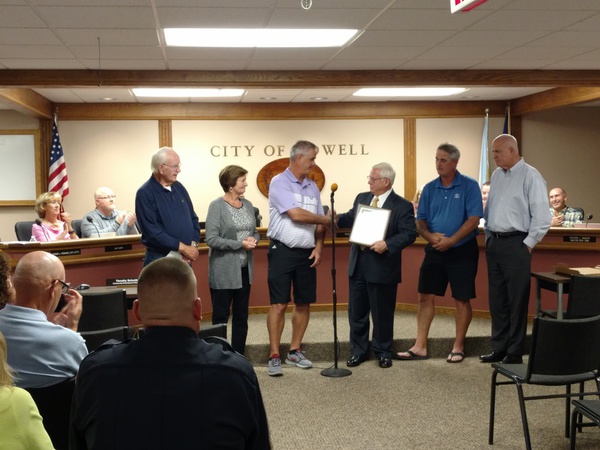 The City of Howell is recognizing the 30th anniversary of a family-owned Irish pub in downtown Howell.

The Howell City Council met Monday night and presented a resolution to Cleary’s Irish Pub, giving special recognition to the business as a valued and contributing member of the Howell community for 30 years. Mayor Nick Proctor read the resolution aloud and presented it to various members of the Cleary family who were in attendance.

In 2009, the family won an Exterior Restoration Award for extensive improvements to their three story building, preserving its past while creating a modern experience that inspired other downtown property owners to follow in their footsteps.

The Cleary family was again recognized in 2015 for Preservation Stewardship honoring their ongoing commitment to preserving their building compatible with its historic character. (JM)