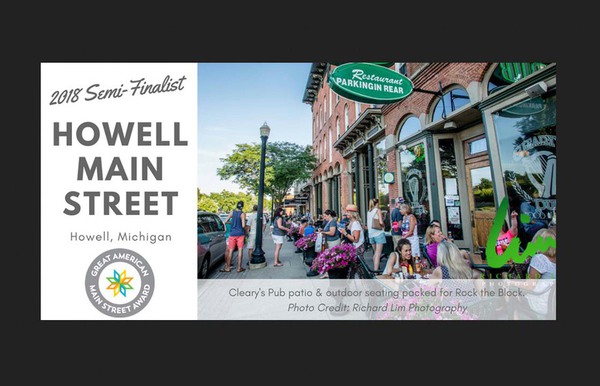 One local community’s efforts to enhance its downtown have again drawn national notice.

In a post on their Facebook page, Main Street America noted that when Howell first became a Main Street community in 2005 it already had a low storefront vacancy rate, but many of the first-floor spaces were occupied by professional or service-based businesses that didn’t always attract people downtown. The organization noted that over the last 12 years, “Howell Main Street has not only further reduced the vacancy rate, but also diversified the mix of businesses to foster a strong sense of place to attract and keep people downtown.” (JK)