Partnership Announced To Install Cable Barrier On Section Of I-96 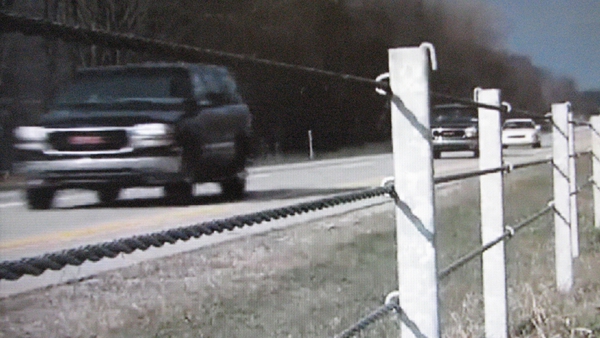 An effort to make a section of I-96 near Williamston safer is being spearheaded by the father of a student killed there last year.

Steve Kiefer of Northville was joined Monday at the Detroit Athletic Club by General Motors chief executive Mary Barra, Lt. Gov. Brian Calley and state Transportation Director Kirk Steudle to announce a first-ever public-private partnership that will install a cable barrier along the median where Kiefer’s 18-year-old son Mitchel was killed in September of 2016 on I-96 near the Williamston Road exit when his car was rear-ended by a distracted driver, causing it to cross the median and collide with a truck hauling an empty horse trailer traveling eastbound.

Steve Kiefer, who is the purchasing chief at General Motors, says the cable would have prevented his son’s death. He announced that a foundation created in his son’s honor was partnering with the Michigan Department of Transportation to pay $300,000 that would place 1.7 miles of cable near Webberville. Kiefer and his family hope the cable will prevent similar accidents in the future and spare families the pain they’ve suffered. Steudle said that since 2008 MDOT has installed 380 miles of cable along narrow medians throughout the state, which have reduced the number of cross-median crashes by 87%.

Meanwhile, Barra said GM is working on the issue of distracted driving, which she says accounts for 10% of crash deaths. Barra says that is a major reason GM strongly supports the development of self-driving cars. (JK)