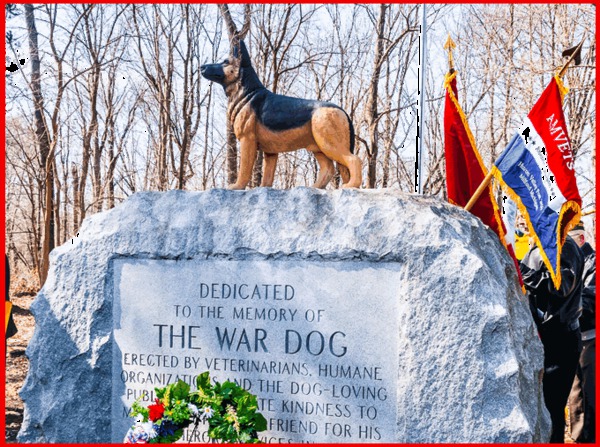 Around 200 people gathered Saturday for the burial of Cena's ashes at the Michigan War Dog Memorial in Oakland County's Lyon Township. The 10-year-old black lab was interred with other military service dogs at the cemetery, where early 20 dogs are interred. State Sen. Mike Kowall said Cena "has done a fabulous job" and now "is welcomed home.” The dog was a bomb-sniffer for the Marines until retiring in 2014 when he was diagnosed with terminal bone cancer. At that time Cena became a service dog for Lance Cpl. Jeff DeYoung, his first wartime partner. DeYoung said Cena was injured in every tour, and underwent rehabilitation for a year. DeYoung organized a celebration last month that drew hundreds before Cena was euthanized at a museum ship in Muskegon and carried off in a flag-draped coffin. A GoFundme website which has raised over $60,000 has been established to help with Cena’s last wishes. (TT)