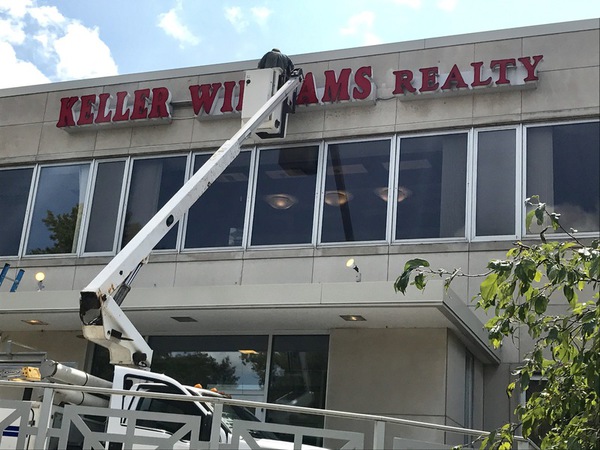 A building that has been a longtime staple in downtown Howell is the new home for a real estate company previously located in Brighton.

Keller Williams Real Estate staff officially moved in to the former Citizens Insurance building on the corner of Byron Road and Grand River Friday. The structure was built by Citizens Insurance in the mid-fifties and even designated as a bomb shelter during the Cold War. It was completely vacated by the company in 2013, when it consolidated all of its operations into its headquarters at M-59 and Highlander Way in Howell.

Ann Hernandez-Gabler, Team Leader and Associate Broker at Keller Williams, says staff was very excited to make the move into the building’s second floor because their previous location was much smaller. She says some employees call the company’s new home the “grown-up building”.

The entire process only took about two months, but it wasn’t until Friday that Keller Williams’ sign was removed from its old location and placed on their new building. Hernandez-Gabler says so many members of the community have worked at the long-standing, iconic structure and it is perfect as a central location. She says everyone has been very welcoming. During Friday’s move, staff had a little time to celebrate, but the company isn’t slowing down.

Even though the dust is still settling, Hernandez-Gabler says they’ll be back to work this weekend because “there’s no down time in the real estate world”. (DK)