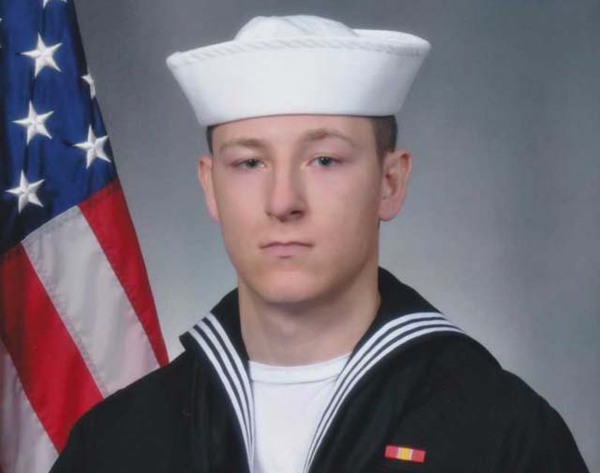 The body of a sailor whose mother lives locally has been positively identified after a U.S. Navy destroyer collided with an oil tanker Monday near Singapore.

Official say that divers found the remains of electronics technician 3rd class Kenneth Aaron Smith of New Jersey. He was one of ten sailors thought to have been killed in the incident. Smith's mother, April Brandon, lives in Milford. Brandon says her 22-year-old son grew up in Novi and relocated to Virginia with his father as a teen to prepare for the Navy through the ROTC, following in his father’s footsteps. The announcement follows a candlelight vigil Wednesday night in Milford's Central Park, where area residents gathered to show support for Brandon, presenting her with a prayer quilt.

Smith's father Darryl Smith released a statement saying, “Kenneth was a great young man, son, and Sailor. He truly loved his family, the Navy, and his shipmates.” He also recognized and thanked “the brave crew of USS John S. McCain, and all the search and rescue personnel who are still hard at work with a difficult task.”

It’s the second major collision in the last two months involving the Navy’s 7th Fleet. Seven sailors died in June when the USS Fitzgerald and a container ship collided in waters off Japan. The Navy has since dismissed the commander of the 7th Fleet "due to a loss of confidence in his ability to command." (JK)