Gathering Held In Howell In Support Of Unity & Diversity 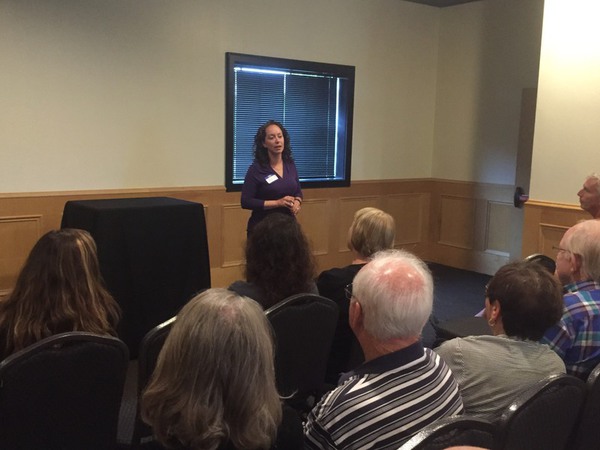 A concerned citizen pulled off a peaceful non-partisan party and forum in support of diversity in Howell and the rest of Livingston County. Following the events in Charlottesville, Virginia and a recent event at a brewery in Howell that left a bad taste in many people’s mouths, Howell resident Collen Turk became motivated.

After hearing a recent gathering at Block Brewery that has caused a boycott being described as “Howell rearing its ugly head,” Turk invited members from both sides of the aisle to come together with the community in support of diversity. She wanted to show visible evidence of the many in the area that support their neighbors whatever their race, ethnicity, or sexual orientation might be. Wednesday night, political leaders, community leaders, and nearly 100 residents showed up at the bar for the event.

The event began with an opportunity for all attendees to gather together and share their ideas and opinions over dinner and drinks. State Representative Hank Vaupel said that no one can support bigotry, hate, or intolerance, and there should be zero tolerance for hate groups. Fowlerville resident Joanna Vantaram was encouraged by the turnout, saying that she comes from a mixed family and that it is important to make sure everyone feels welcome. She said they need to show they are a diverse community, and not stuck in the Stone Age. Lifelong Brighton resident Glenn Ikens spoke about reversing a trend he’s seen gaining momentum nationwide. Ikens said that this country has always progressed in terms of inclusion, civil rights, and dignity, but that the fight for civil rights is never over. He said he sees a pushback and regressive trend from certain elements of our society and that he showed up to help make it known that this is not the way our country works.

Several speakers addressed the gathering, encouraging everyone to come together and stay strong in the battle for civil rights. Sheriff Mike Murphy said that diversity is what makes the United States a great country. Livingston County Democrats Chair Judy Daubenmire complimented the city of Howell’s advances in laws involving the LGBT community. Republican Chair Dan Wholihan warned against collectivism and broad brushed stereotyping. Howell City Council member Steve Manor encouraged people to stand up and speak out against incidents they see- doing so nicely, but not tolerating. Residents were then given a chance to say their piece, with Turk keeping control of the gathering to make sure it stayed on-topic. She concluded by saying she is open to more gatherings like this, and has opened up a gofundme account to help with paying for accommodations. You can donate at https://www.gofundme.com/citizens-for-unity. (MK)