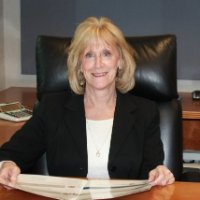 The Livingston Educational Service Agency has chosen a candidate to fill a vacant seat on their board of education.

Eileen Jankowski, who served on the Hartland Consolidated Schools’ Board of Education from 2000 to 2009, was chosen by LESA board members last night, following a series of interviews. Sherri Osterman, former president of the Hilton Elementary School PTO and local resident Joe Malik also interviewed for the position.

Board President Luann Loy says the diverse candidates were all excellent, but the board felt Jankowski had many of the qualities they were looking for and the best fit at this time. Loy says the board was looking for someone who is “measured in their response” and “isn’t looking to grandstand”. Prior board experience was a favorable qualification as well. Loy tells WHMI Jankowski will be involved in the board's upcoming strategic planning process.

Jankowski says applied because she has missed being a part of the educational community and wants to get “back in the game”. She told the board she is interested in exploring professional development opportunities, and would like to take an active role in communicating to the public what LESA services are available.

Jankowski will be filling the position of longtime board member and current Vice President Julie Hill, who is leaving because she is moving out of Livingston County. Jankowski will serve until June 2019, and then must be elected again to serve the balance of the term through June 2021.