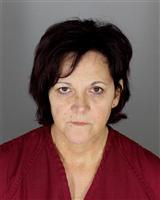 A Milford woman charged with murder in connection with the death of her husband won’t stand trial for the crime until later this year.

Yvonne Cortis was charged with open murder following the death of 68-year-old Greg Cortis, who died from injuries sustained in the November 2015 crowbar attack. She was originally to have stood trial in October of 2016, but that was delayed so Oakland County Circuit Court Judge Cheryl Matthews could decide on the admissibility of statements Cortis made to police. Matthews ultimately ruled that what Cortis said outside of a patrol car was voluntary and could be used at her trial, while everything said after she was inside the car could not be admitted because she was then technically in custody and they were made prior to her being read her Miranda rights.

The trial was delayed again last March to allow for further investigation by a self-defense expert. A trial date was then re-set for this Thursday, August 24th. However, court records show that once again it has been delayed, this time to December 7th. The only reason given for the delay was for additional investigation and discovery. Cortis is also charged with a count of animal torture for beating the family dog in the attack. Family members said the 60-year-old Milford woman has a history of mental illness, although a mental exam determined she was competent to assist in her own defense. Police say Cortis admitted to beating her husband and dog to put "them out of their misery." Cortis remains held without bond. (JK)