Brighton Twp.'s Call To The Public Policy Will Remain The Same 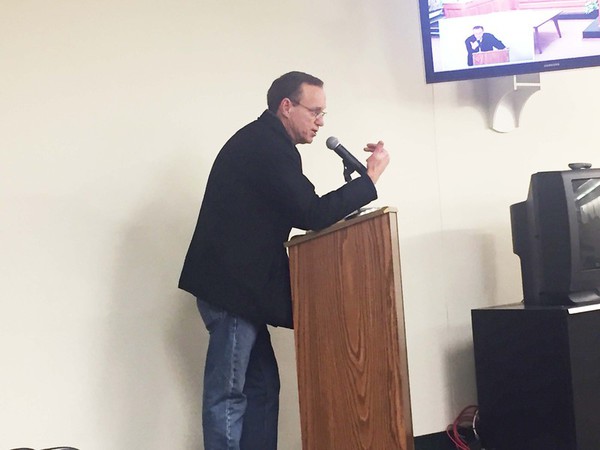 Efforts to amend Brighton Township’s policy regarding the call to the public period of their regular meetings have failed.

Several changes to the rules of public participation were suggested, including prohibiting the transferring or sharing of minutes, increasing the limit of talking time per person from three minutes to four, and extending the number of days the township has to respond to residents’ questions.

At Monday’s meeting, several community members in attendance voiced frustrations over the proposed amendments. Resident Mike Palmer (pictured) says the changes would “tamper with public input” and stifle tax payers. Township Manager Brian Vick disagrees. Referencing several public hearings and two calls to the public at the meeting, Vick said “no one can argue that we have not afforded people the opportunity to provide feedback to the board”. Trustee Sam Theis says the meetings’ public comment portion is not the only way citizens can make their voices heard, citing emails and phone calls as other options.

Some residents claimed the changes would violate Michigan’s Open Meetings Act, but Supervisor Patrick Michel says the amendments to the policy were vetted by the Michigan Townships Association, as well as the state.

Resident Jim Sarna threatened to file a complaint with the Attorney General’s Office if the amendments were approved. That will not be necessary, as the motion to amend the policy with the aforementioned changes failed in a 3-4 vote. (DK)