Owner of Dogs In Fatal Attack Gets Jail Time 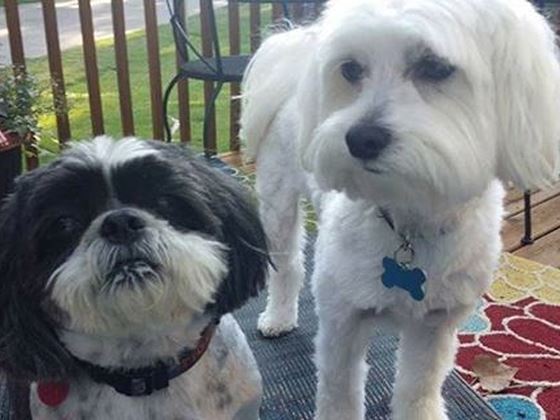 Sentencing has been handed down to a Howell man whose dogs attacked two smaller dogs, killing one and injuring the other.

On Tuesday, 31-year-old Zackery Bradley was ordered to spend 20 days in the Livingston County Jail by District Court Judge Carol Sue Reader. He was sentenced on three counts of dogs running at large. Bradley is required to pay just over $9,070 in restitution to Roni Evans, the woman whose dog was killed in the February 25th incident.

Evans was walking her dogs in the city of Howell when Bradley’s three larger dogs reportedly attacked her own. Evans’ shih tzu (left) underwent several surgeries and survived the attack, but her maltipoo (right) died from his injuries. Bradley’s dog Mia was found responsible for the death of the maltipoo and a judge ordered she be put down. One of his other dogs, Larz, was also condemned to death for drawing blood in the attack.

While it was said all of Bradley’s dogs were involved in the incident, he maintains his therapy dog was not. Bradley, a veteran, suffers from post-traumatic stress disorder and utilizes his therapy dog for emotional support. As part of his sentencing, Bradley was given one year of probation, during which he will not be allowed to own a dog or have them in his home. That includes his therapy dog. Animal Control is allowed to inspect his property at random intervals to make sure he is complying with his probation terms.

Despite the order to destroy both Mia and Larz, only one has reportedly been euthanized. Bradley says he gave the other two to a rescue shelter months ago, and does not know where they are at this time. (DK)