1,400 Volunteers Donate Time To Help Those In Need Across The County 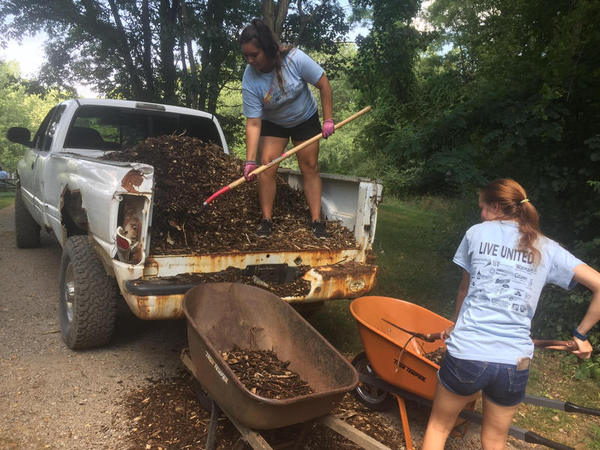 A record number of volunteers donated their time to those in the community who needed a little help.

The Livingston County United Way held its 16th annual Day of Caring on Wednesday. Over 1,400 volunteers worked 1,800 shifts at roughly 140 project sites across the county. United Way Director Nancy Rosso said this is symbolic of the kind of community spirit that exists in Livingston County, with people helping their neighbors and giving freely of themselves, whether it’s their time, materials, or day off. She also expressed gratitude to the many sponsors who helped make the event happen, saying without their support this outreach event wouldn’t be possible.

Volunteers chose a morning shift, a night shift, or both, and went to work performing a wide variety of tasks. Many helped out fellow residents at their homes doing jobs like pulling weeds, painting, or building new ramps and railings to help them get around. Many of the schools in the area had helpers show up to give the buildings a little tender loving care in preparation of the upcoming year. Other volunteers assisted with food drives that were held at several grocery stores and food banks.

A special lunch was held in Howell City Park in between shifts, where organizers had an opportunity to thank volunteers with a free lunch. Rosso said that while the Day of Caring is the largest one-day volunteer event in the county, it keeps growing yearly, and they at the United Way have no idea where the ceiling is. (MK)