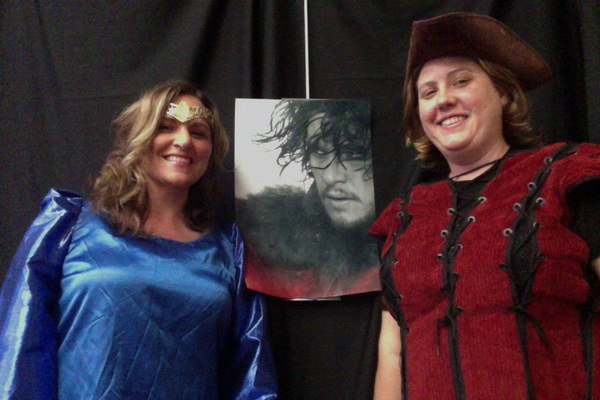 Contrary to the appearance of summer in Livingston County currently, a local library says “Winter is Here”.


The Pinckney Community Library’s yearly Game of Thrones themed program, based on the books from George R.R. Martin, will blow into town following the penultimate Season 7 of the HBO TV Series. The “Winter is Here” event is a play on words from a motto within the series. It will be held at the library Tuesday, August 29th, from 6:30 to 8:30pm.

Though the books and show have very mature themes, Pinckney Library Director Hope Siasoco says the first half of the program does not discuss this content and is family-friendly.

The evening begins with a demonstration of fighting styles, stunts, and weapons from Game of Thrones from the action theatre and acting troupe group, Ring of Steel. A photo booth where guests can get pictures with popular characters from the series will be a part of the program, as well as trivia games and a chance to win prizes. In the second half of the program, there will be a discussion about the Season 7 TV episodes, which will include mature content and possible spoilers.

Anyone interested in registering or seeking more information can visit the link below. (DK)