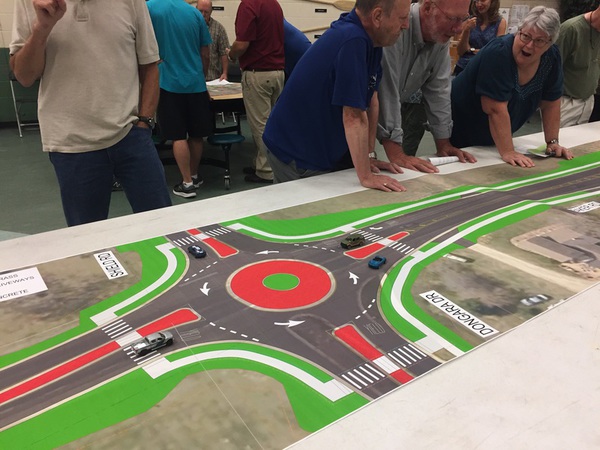 Area residents had the opportunity to learn more about a planned road improvement project in Dexter last night.

An open house was held at Creekside Intermediate School so the public could have a look at the project design, ask questions they may have, express concerns, and learn how the layout will work. Displays at the meeting showed the project in different scales, one map even including matchbox cars and trucks for residents looking to learn from a hands-on experience. Officials with the Washtenaw County Road Commission say overall, they’ve had a positive response to the project.

Director of Engineering Sheryl Soderholm Siddall says she hadn’t heard too many concerns about the roundabouts themselves. She says the majority of questions were in regards to pedestrian access and walkways through the roundabouts and Shield Road.

The decision for the conversion to roundabouts came from several alternatives that were created based on a study done well over a year ago. Project leaders believe the roundabout intersections will provide traffic calming and subsequently, slower vehicle speeds. Officials also expect to see improvements in safety and enhanced traffic capacity and operations.

The project will include concrete sidewalks, driveways, curbs, storm water management improvements, and street lights at the intersections. (DK)