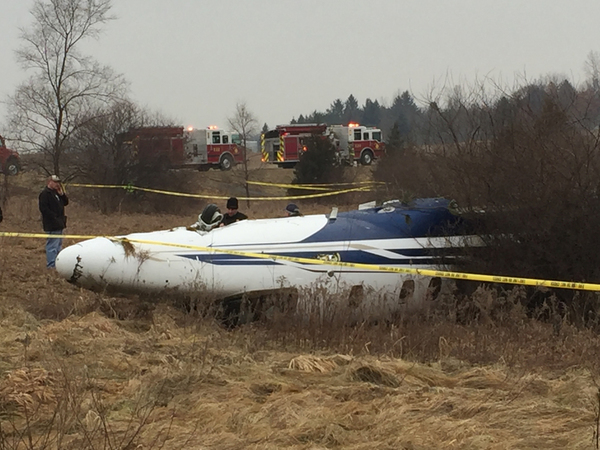 The Livingston County Airport is seeking a refund from their insurance company for charges associated with a crash that occurred at their facility in January.

Earlier this year, a 60-year-old pilot from New York suffered a landing accident at the airport when his two-engine jet skidded off the runway and crossed Tooley Road. The wings were ripped from the plane and burst into flames. The pilot sustained minor injuries, but a fence at the end of the runway was damaged. During the aircraft fire, jet fuel drained from the wings and worked its way “slightly” into the ground, according to Airport Manager Mark D. Johnson.

Johnson came before a county subcommittee Monday, seeking their approval to enter into a partial final release of property damage claims agreement for the accident. He says the county will be reimbursed just over $63,300, which is how much has been spent on a temporary fence for the airport, repairing the original fence and environmental cleanup.

The Michigan Department of Environmental Quality has not yet issued a final reporting indicating that there are no remaining contaminants in the soil from the leaked fuel. Johnson however says their consultant believes they have done all they can do in regards to environmental remediation, short of putting in test wells and monitoring them. He communicated to county officials Monday that his only real concern is if sometime in the future, a resident were to say the fuel spill caused their well to go bad. While there is only one parcel nearby, Johnson says the airport is just 300 yards from the Shiawassee River, which causes some concern.

Having received preliminary approval, the partial release for the expended airport funds resolution will come before the county’s Finance Committee Wednesday. Once the county receives its reimbursement, the airport’s budget will be amended to include the funds. (DK)