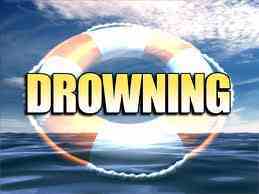 A Lansing man who drowned at the Island Lake State Recreation Area over the weekend has been identified.

The Green Oak Township Police and fire departments were called out around 7:19pm Sunday to the Spring Mill Pond for a reported drowning. Authorities say 18-year-old Caelond Travis Pearson of Lansing had been floating on a personal inflatable raft in the Spring Mill Pond when he fell and became submerged below the surface. The man was said to be outside of the marked swim area and was relying solely on the inflatable raft to stay afloat.

Police say the victim did not know how to swim and the drowning had been witnessed by other family members that had gathered at the park for a party. A coordinated effort to locate Pearson was started once emergency responders arrived on scene. After conducting an underwater search, he was located by members of the Livingston County Dive Team in water that was approximately 24 feet deep, roughly 35 yards from the shoreline. Pearson was submerged beneath the surface for approximately one hour and 45 minutes before being removed from the water and pronounced deceased.

The Hartland and Howell Fire Departments, U of M Survival Flight and Livingston County EMS assisted at the scene. (JM/DK)